All of us at Mothers Against Police Brutality are pleased to introduce our very first group of Fellows in the MAPB Fellowship Legacy Program.  These leaders, from 10 different U.S. cities, were selected out of more than 150 applicants nationwide. Each of these women has been directly impacted by police violence, and they have emerged as change agents for justice in their home communities. We look forward to working with and supporting these brave, fighting Mothers to increase their leadership, as they become catalysts and participants in the broader movement to end police brutality in America 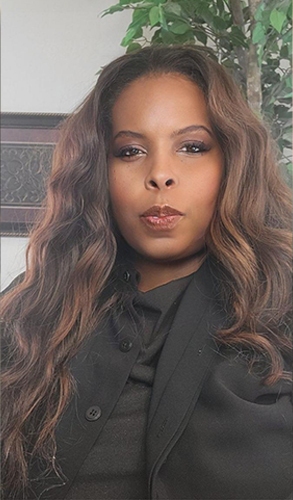 Janet Baker is the Mother of Jordan Baker, who at age 26 was killed by an off-duty Houston police officer in 2014. Ms. Baker is a former Human Resources Generalist/Business Partner professional in the oil and gas industry. Suddenly faced with the tumultuous changes and losses from the police murder of her only child, Janet made it her new life mission to be a part of the change needed to end the extrajudicial killings of unarmed men and women. Her efforts have taken her to meetings at the White House during the Obama administration; marches in Washington DC, New York, and Houston; and fighting to win “Justice for Jordan” and for other families around the country who have tasted the bitter reality of our broken justice system. Janet became a producer and host of a local radio show, “Journey to Justice with Janet Baker.” Despite her grief and the apparent uphill battle, she’s forging ahead, facilitating changes in the hearts and minds of those listening, all the while tackling the societal biases that lead to injustice. “In the end,” Ms. Baker often says, “the truth will prevail.”

Sheila Banks is the aunt and godmother of Corey Jones, a beloved church musician, who was killed in 2015 by a Palm Beach Gardens, Florida, police officer. At an early age, Ms. Banks understood her mission to serve. Born in Florida, with 25-plus years in her professional roles, she has held corporate management positions at various companies. She credits any measure of success to her faith-centered upbringing. After a prolific career in corporate America, Sheila made a major life change and began to focus her efforts toward community service, adding “activist” to what she believes are her life’s callings. She was a character witness for Corey in the trial of the officer who killed him. Through perseverance the police officer was convicted in 2019, the first conviction of a Florida police officer in an on-duty-shooting in 30 years. Sheila has dedicated her life to volunteering and supporting various organizations including: Habitat for Humanity, Tom Joyner Foundation, Hands Across America, Susan G. Komen, Ebenezer Church, ABJC Foundation, Bounce TV, Willie Gary Youth Foundation, BCOG, and Hosea Feed the Hungry. Sheila was a key organizer in seeking “Justice for Corey,” and she’s engaging with Congress to pass H.R. 1787, the Corey Jones Act. Sheila is the founder of Live.Serve.Care, Inc.

Montye Benjamin is the Mother of Jayvis Benjamin, who was killed by police in DeKalb County, Georgia in 2013. Ms. Benjamin is a “Mother on a mission” – seeking justice for her son – a mission that was forced upon her to clear her son’s name. On January 18, 2013, Jayvis was unarmed, when he was shot and killed by Sergeant Lynn Thomas of Avondale Estate Police Department in Dekalb County, Georgia. Ms. Benjamin struggled for 8 long years to get justice for her son, even after the District Attorney refused to prosecute a grand jury indictment in 2016; even after Sgt. Thomas on September 2, 2017 became Chief of the department, skipping rank, with no true certification only assignment by the Avondale Estates City Government. The promotion date itself – September 2, Jayvis’s birthday – added insult to a mother’s grief. But finally, on September 21, 2021, Chief Thomas was forced into retirement because he was unable to be re-certified for the Chief position; the city manager who had promoted him was also forced to resign. Montye Benjamin is a Mother of three and a grandmother of five. She is an Operations Manager at FedEx, in Ellenwood, Georgia, and a Clinically Trained Medical Assistant. She serves as Executive Director of Georgia Moms United, Inc, in Atlanta, Georgia.

Jeralynn Q. T. Brown-Blueford is the Mother of Alan Blueford, who at age 18 was killed in 2012 by an Oakland, California, police officer. Ms. Brown-Blueford is the Co-Director of the Alan Blueford Center for Justice and the Co-Founder of the Alan Blueford Foundation, both institutions were founded in the aftermath of Alan’s death. The officer who killed Alan had not activated his body camera during the deadly encounter; the facts in the shooting were disputed by the family and numerous witnesses; but he was never charged or tried. A mother of three children, Jeralynn has always had a heart for people. Since her teen years, she has worked in healthcare and social/community services. She is a well-known community organizer and activist in Oakland, often called upon to speak at rallies, social justice panels, and local government meetings. After Alan was killed, Jeralynn went back to school, earning her Bachelor’s Degree in theology; she is currently working on her Master’s Degree, also in theology. Ms. Blueford works as an ordained minister and certified chaplain at Kaiser Permanente in Modesto. Jeralynn has taken her pain and turned it into a purpose for healing broken hearts. She travels widely in the United States and abroad, speaking out against police brutality – and speaking out for prison reform, women’s rights, social justice, affordable housing, and fair wages. 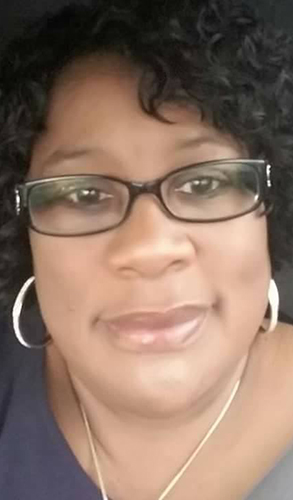 Deborah A. Bush is the aunt of Marquise Jones, who was killed in 2014, who was shot in the back by an off-duty San Antonio police officer. Ms. Bush is a community activist with the Reliable Revolutionaries of San Antonio and a member of Texas Organizing Project (TOP). In the Reliable Revolutionaries, she serves as the Family Liaison, and with TOP she is on the Right to Justice Campaign. She has testified numerous times at the Capitol in Austin on proposed state legislation, including the George Floyd Act (2021). She has been active in the Movement since 2014, after the death of her nephew. 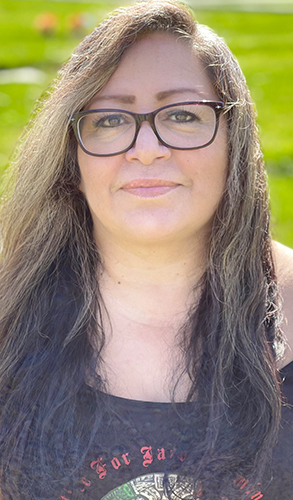 Rosie Chavez is the aunt of Jacob Dominguez, who was unarmed when a San Jose police officer killed him in 2017. Ms. Chavez is herself the youngest of five children and the first person in her family to go to college. A single mother of three boys, Chavez is a San Jose City College alumna, earning a certificate of completion in Alcohol and Drug studies. For 17 years, Rosie was a Program Coordinator, Drug Alcohol Counselor, and Mental Health Peer Mentor in San Jose. She works today with Silicon Valley De-Bug, a community organizing, advocacy, and a multimedia storytelling organization based in San Jose, as an expression of her ambition to create social change after police killed her nephew. A young father, Jacob was profiled by law enforcement because of his background. Right before he lost his life, Jacob participated in a documentary where he was quoted saying, “My hope for this film is when people see someone like me, they see the good.” Rosie’s current role as Participatory Defense/ Community Release Project Organizer with De-Bug allows her to answer to that calling “to see the good” in a broader way – to uplift the good in individuals facing charges in the criminal justice system and to empower families in support of their loved ones, drawing on the extensive services and resources network she has built in the South Bay. 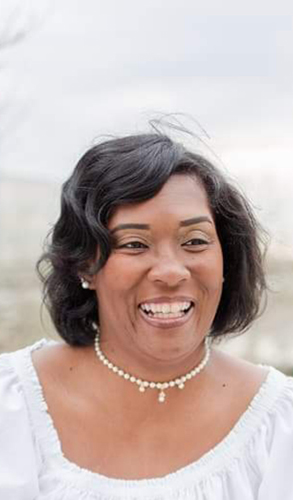 Adrienne Hood is the Mother of Henry Green V, who was murdered by two Columbus, Ohio, plain clothes police officers June 6, 2016. Never imagining this would be a part of her journey, it didn’t take her long to realize she was in for the fight of her life. Coming to the realization that this system is full of orchestrated evils, Adrienne knew she would have to depend on God like never before.

She has been advocating for change not only for the wrongs in her son’s case, but for her community. She’s fighting for changes to qualified immunity and other legislative changes to hold officers accountable. Ms. Hood has a Bachelor of Science degree in Criminal Justice Administration and a Masters of Arts degree in Human Services with a minor in Christian Ministries. She is also a Grief Recovery Specialist with the Grief Recovery Institute. 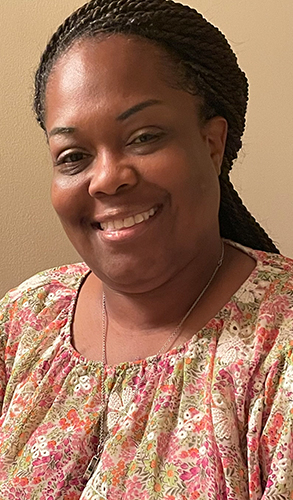 Dalphine Robinson is the Mother of Jabril Robinson, who at age 23 was killed by Clayton County police in 2016. A mother of five, Ms. Robinson has worked as a customer service representative for 15 years. After losing her son to police murder, she became more involved in community activism. She has been working for change, for social justice, especially when it comes to law enforcement, most recently as co-founder and vice-president of Georgia Moms United. GMU is a non-profit organization that supports families that have been affected by police brutality. Ms. Robinson has also become involved in legislation, advocating for bills on criminal justice reform, and she travels state to state in support of many families that have been affected by police brutality. Marching in Atlanta a year after George Floyd’s murder by police, Ms. Robinson said, “Unfortunately, a lot of these families didn’t get the luxury of having their loved ones murdered on video. So we have to come out and stand and speak for our loved ones. This is why Georgia Moms United came about.”

Kathy L Scott-Lykes is the Mother of Jarvis Scotti Lykes who at the age of 35 was killed by a Georgia state trooper in 2017. Married to her husband of 40 years, Joe Lykes, Ms. Scott-Lykes is also Mother to two daughters, Jeneshia Tonette Lykes and Shanise Michelle Scott. She is also a U.S. Army veteran. Her goal at enlistment was to have been a career soldier, but this plan was short lived when she was injured in the 1991 Desert Storm/Desert Shield Persian Gulf War. After being honorably discharged, Ms. Scott-Lykes was employed for thirteen years as Director of Operations for two separate security companies, Regent Security Company and Universal Protection Service.

The trooper who killed Jarvis was never charged, indicted, convicted, or sentenced. Speaking at a rally in 2020, Ms. Scott-Lykes lifted up memories of Jarvis and the impact of his murder to the assembled crowd: “My son was humble, he was so loving and generous. He had four children. His children were his world and to this day they are still having to deal with this scar.” Now retired and a homemaker, she continues to fight for justice daily with her boots on the ground.

Anita Wills is the grandmother of Kerry L. Baxter, Jr., who was killed in 2011 in Oakland, California. Ms. Wills is a published author and community activist with the Ella Baker Center’s Healing to Advocacy Program. She is a Communities Transforming Policing Fund (CTPF) Participatory Board Member at Borealis Foundation, and Policy Outreach Leader for Alameda County Fair Chance For Housing. In 2012 Ms. Wills organized a March and Protest for Trayvon Martin in San Francisco to coincide with the March in New York City. Ms. Wills’ activism focuses on ending the systematic abuse and murder of Black and Brown people at the hands of law enforcement; ending human rights violations of Black and Brown people; and winning justice for her grandson Kerry, specifically prosecutions of his killers. Among her other wide-ranging activist work, Ms. Wills organized and presented a workshop for the First Convening (2015) of the Movement 4 Black Lives in Cleveland, Ohio; she participated in the Ferguson Protests (2014); and she has organized numerous forums and protests throughout California and the nation.